Sim racing, also known as simulation racing or virtual racing, is a growing hobby and competitive sport that involves racing virtual cars on digital tracks using specialized hardware and software. While sim racing has been around for decades, it has recently gained increased popularity and recognition thanks to the rise of esports and the availability of advanced sim racing equipment and software. In this article, we'll explore the world of sim racing and discuss its history, popularity, and future potential.

Sim racing traces its roots back to the early days of home computing, when hobbyists and enthusiasts began creating simple racing games and simulations on their personal computers. Over time, these games and simulations became more advanced and realistic, incorporating detailed car physics and track designs, and allowing players to customize and fine-tune their virtual vehicles.

With the rise of esports, sim racing has gained increased recognition and popularity as a competitive sport. Professional sim racers, often sponsored by real-world racing teams and manufacturers, compete in organized leagues and events, both online and offline, for large cash prizes and bragging rights. Sim racing leagues and competitions, such as the Virtual Racing School and the eNASCAR iRacing Pro Invitational Series, have attracted significant viewership and sponsorship, and have even been featured on mainstream sports networks such as ESPN and Fox Sports.

Sim racing has also become a popular hobby for casual gamers and racing enthusiasts. Thanks to the availability of affordable and accessible sim racing hardware and software, anyone with a computer and a steering wheel can experience the thrill of virtual racing from the comfort of their own home. Many sim racing communities and forums, such as RaceDepartment and The Simpit, offer tips, advice, and resources for new and experienced sim racers alike.

Despite its growing popularity, sim racing still faces challenges and criticisms. Some argue that sim racing is not a "real" sport, and that it lacks the physical and mental demands of real-world racing. Others point out that sim racing relies heavily on expensive and specialized hardware and software, which can be a barrier to entry for some potential participants.

However, sim racing also has many potential advantages and opportunities. For one, sim racing is safer and more environmentally friendly than real-world racing, as it does not require the use of physical vehicles or tracks. Additionally, sim racing allows for more experimentation and innovation, as virtual vehicles and tracks can be easily modified and updated without the constraints of physical laws and limitations.

In the future, it's possible that sim racing could become even more popular and mainstream, with dedicated sim racing leagues and events, as well as the potential for sim racing to be included in the Olympics as a demonstration sport. As technology continues to advance and improve, the line between virtual and real racing could blur even further, with sim racing serving as an important training and development tool for real-world drivers and teams.

In conclusion, sim racing is a rapidly growing hobby and competitive sport that involves racing virtual cars on digital tracks using specialized hardware and software. While sim racing has faced some challenges and criticisms, it has also gained increased recognition and popularity thanks to the rise of esports and the availability of advanced sim racing equipment and software. As technology continues to evolve, the future of sim racing looks bright, with potential for even greater popularity and recognition.

Be sure to check out our friends at Advancedsimracing.com and our website Vyralteq.com for all your sim racing needs! 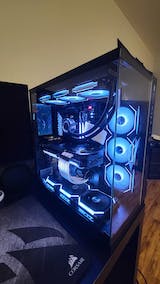 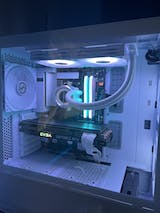